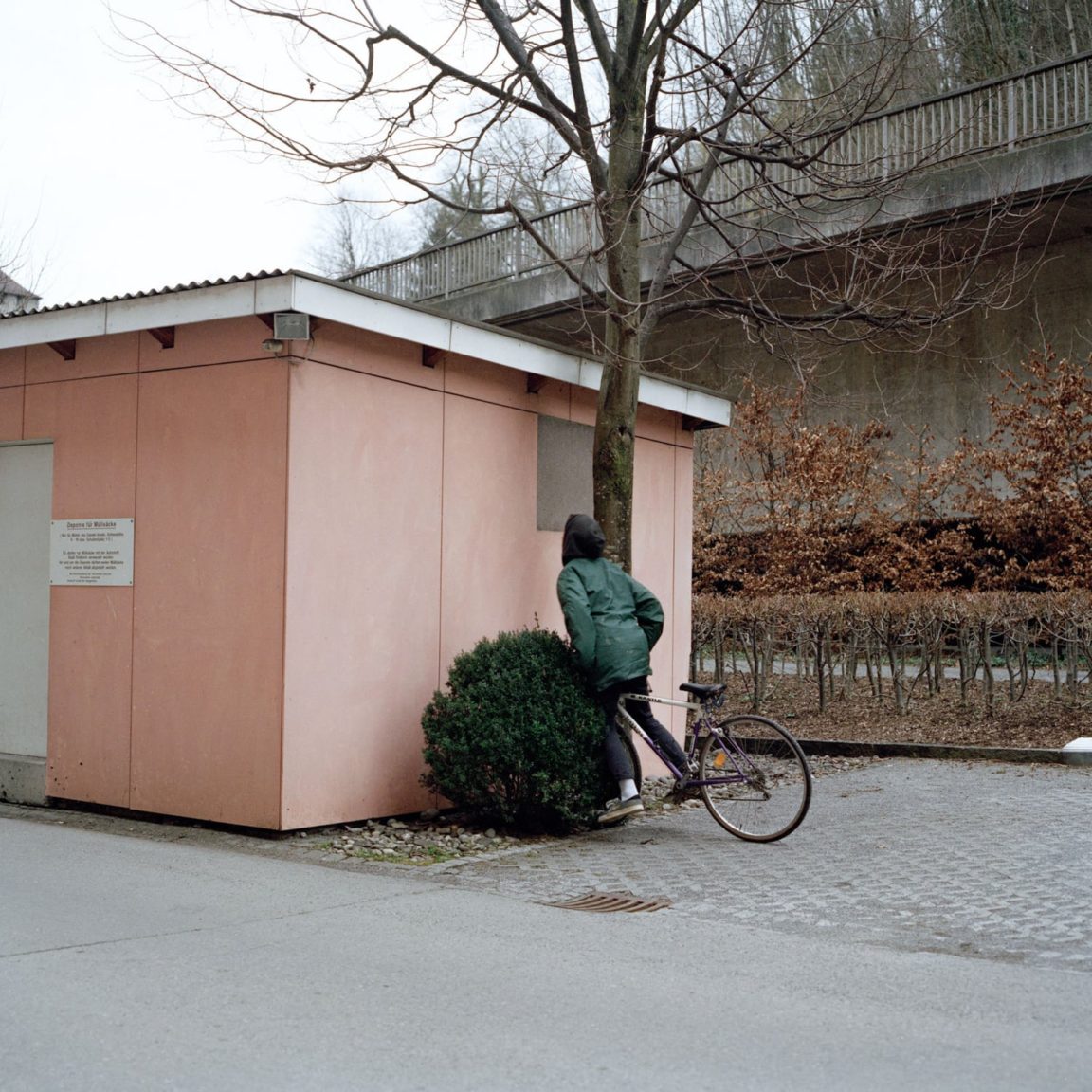 It wouldn’t be a lie to say that Theo Acworth breaks into private gardens, damages public property and won’t keep off the grass.

His camera is sometimes his accomplice, and often the surveillance that gives him away.

You’d be forgiven for thinking this makes the Innsbruck-based photographer sound like a participant in the Jackass generation, but nothing could be further from the truth.

Theo Acworth’s work is mischievous, full of innocent curiosity and a love for the hidden corners that we often overlook.

“I was studying in a fairly quiet town with some good hedges…and the idea just sort of came into my head and I could picture everything perfectly, including the title”

It turns out his Austrian Antics series was shot with a £1 camera from a charity shop, which makes sense for someone who professes to be “more interested in the little things in life”. 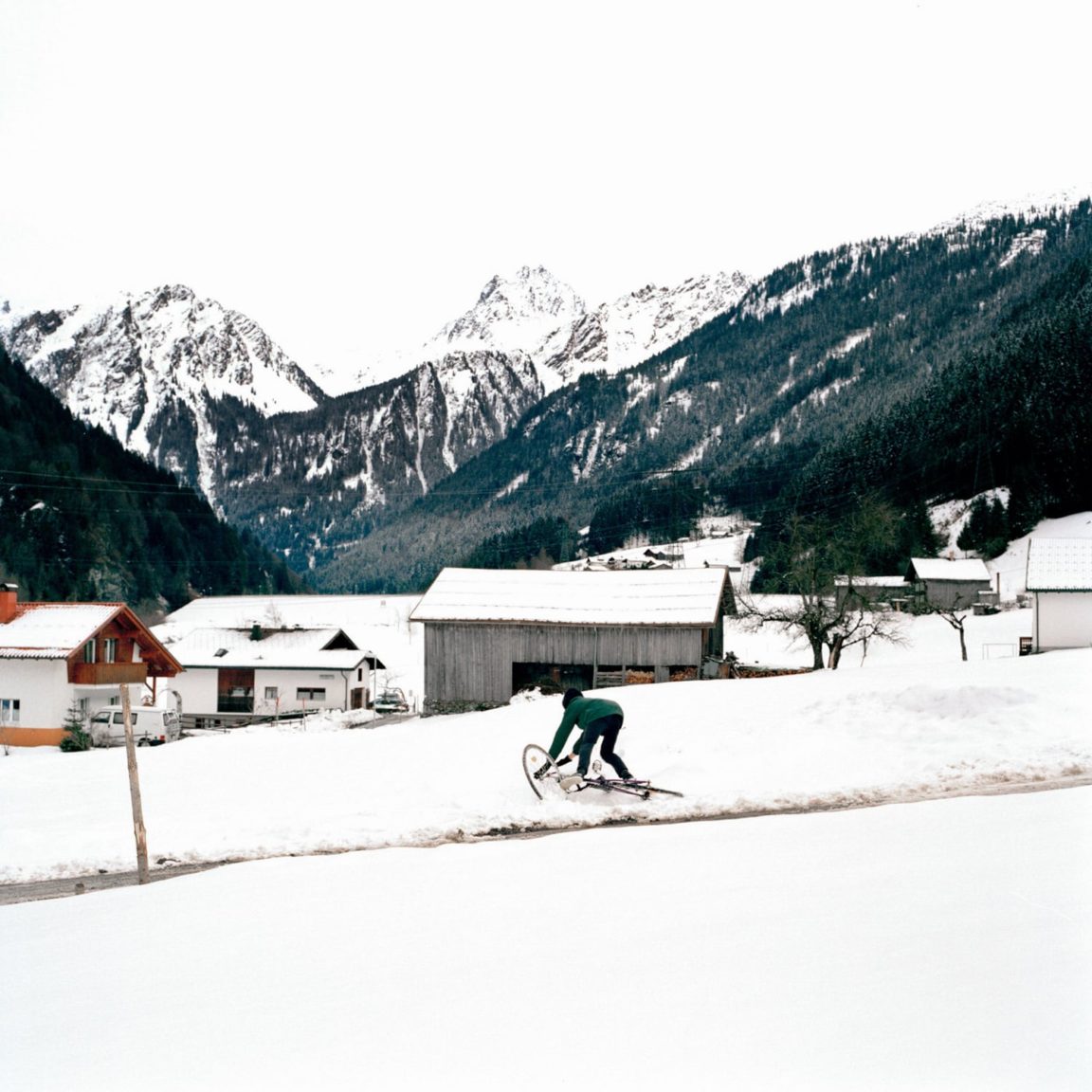 “The idea just sort of came into my head and I could picture everything perfectly, including the title. I set the shot up and then had a friend release the shutter when they thought it best to do so”.

The shots are his way of “dealing with a world that is often taken far too seriously” — and didn’t result in any physical harm other than maybe “some snow up my sleeves”.

This inquisitive approach is manifested elsewhere in his work — at the London Triathlon last year he was fascinated by “everyone’s little area where they keep their kit, the differences between each one were pretty small, but that’s what made it interesting for me. I spent a hilarious hour shooting people trying to grab and then drink tiny cups of water while running”. 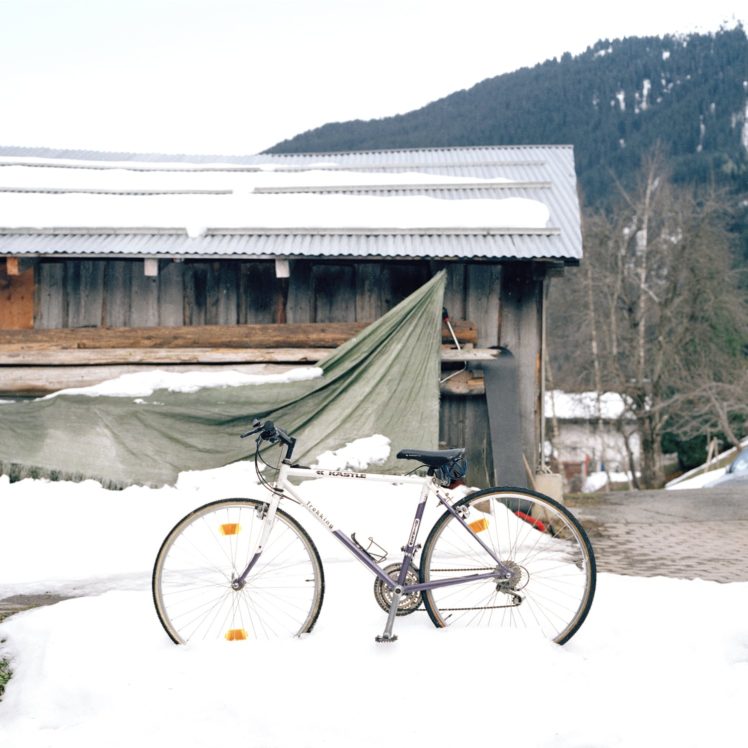 You can probably guess that Theo’s thrifty approach to equipment extends to bicycles too — in Austria he borrowed a friend’s bike to throw himself from, and the rest of the time he rides a beater “that you’d be appalled at the condition of”.

Find a sign that reads: Keep off the grass
Touch as much grass as is humanly possible
Apply same attitude to life 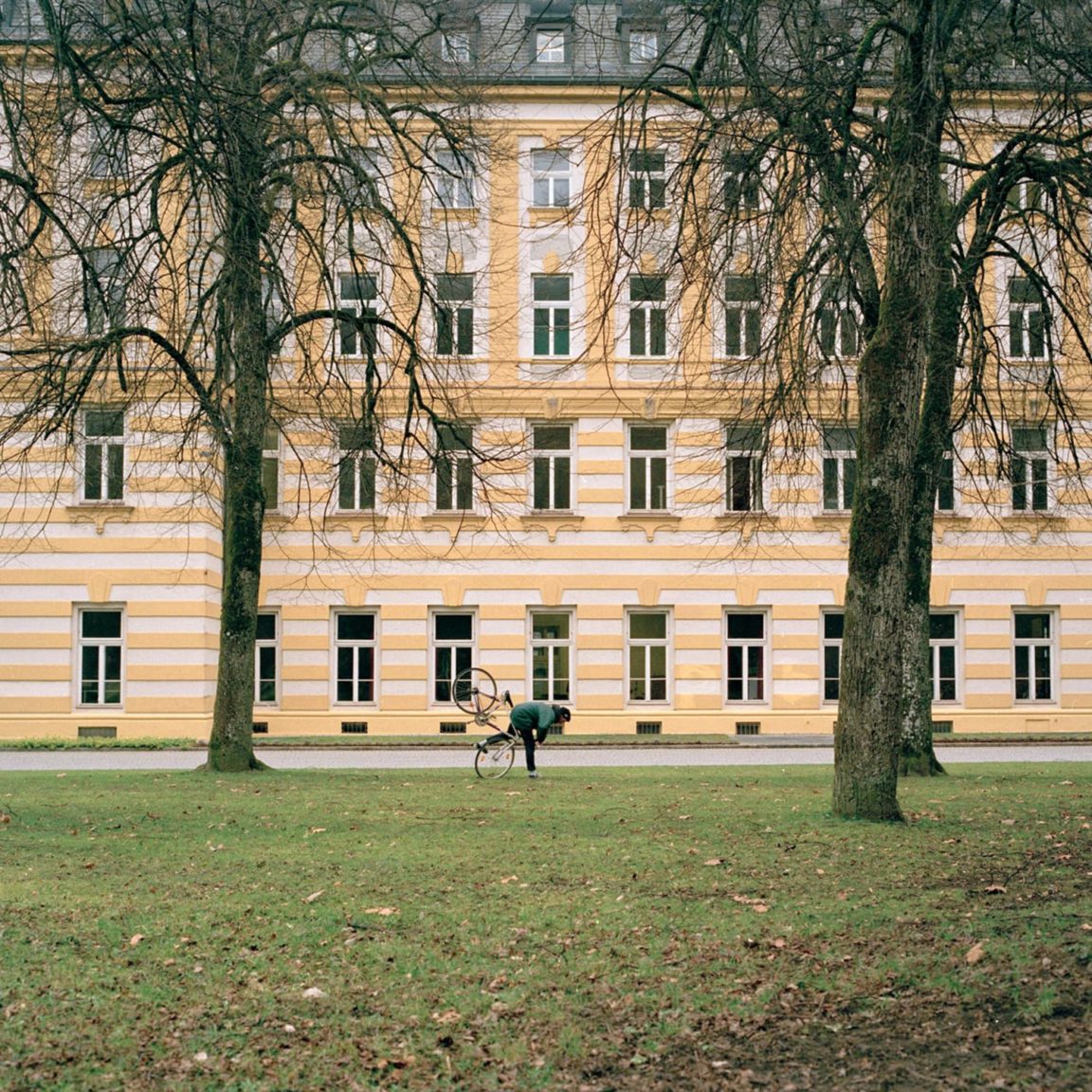 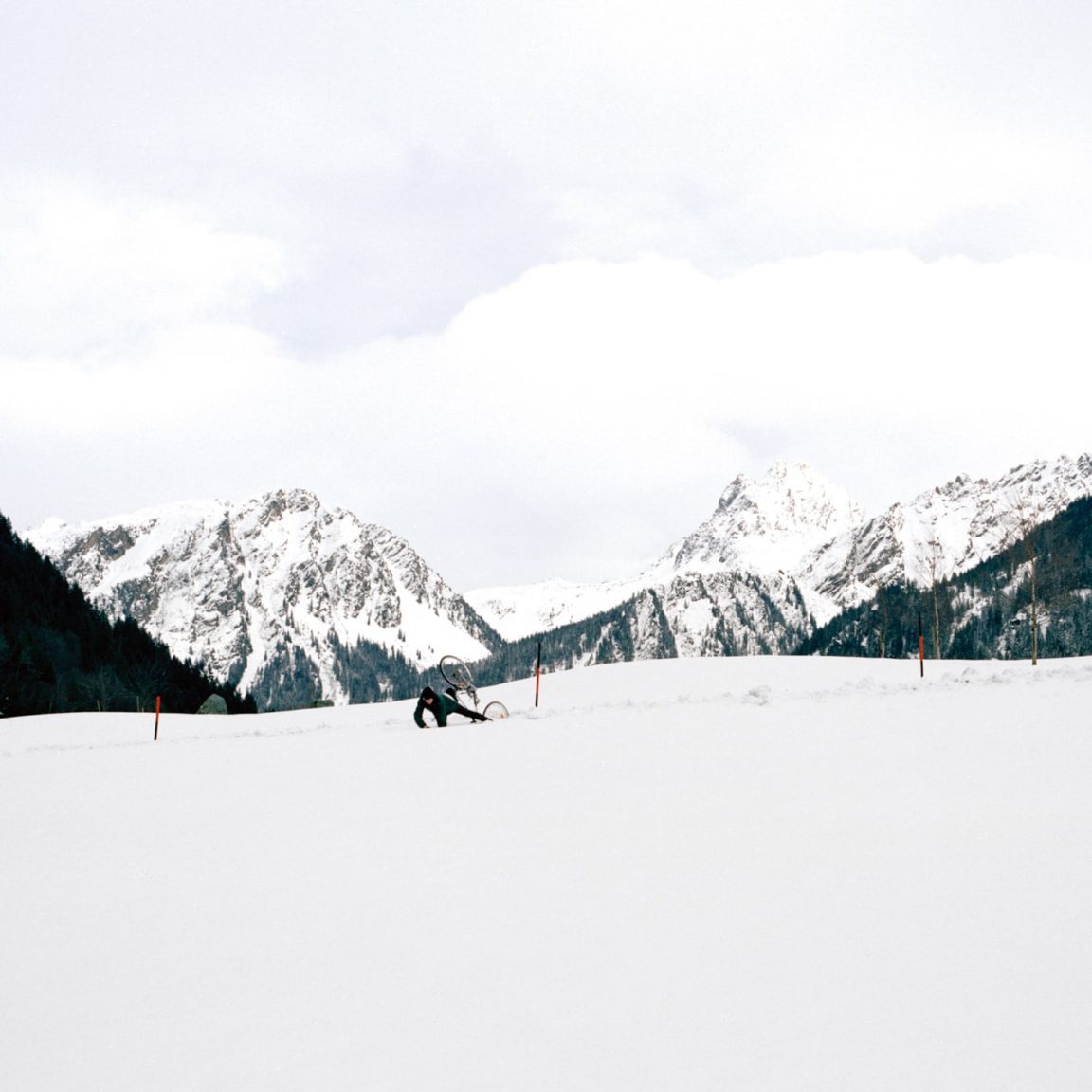 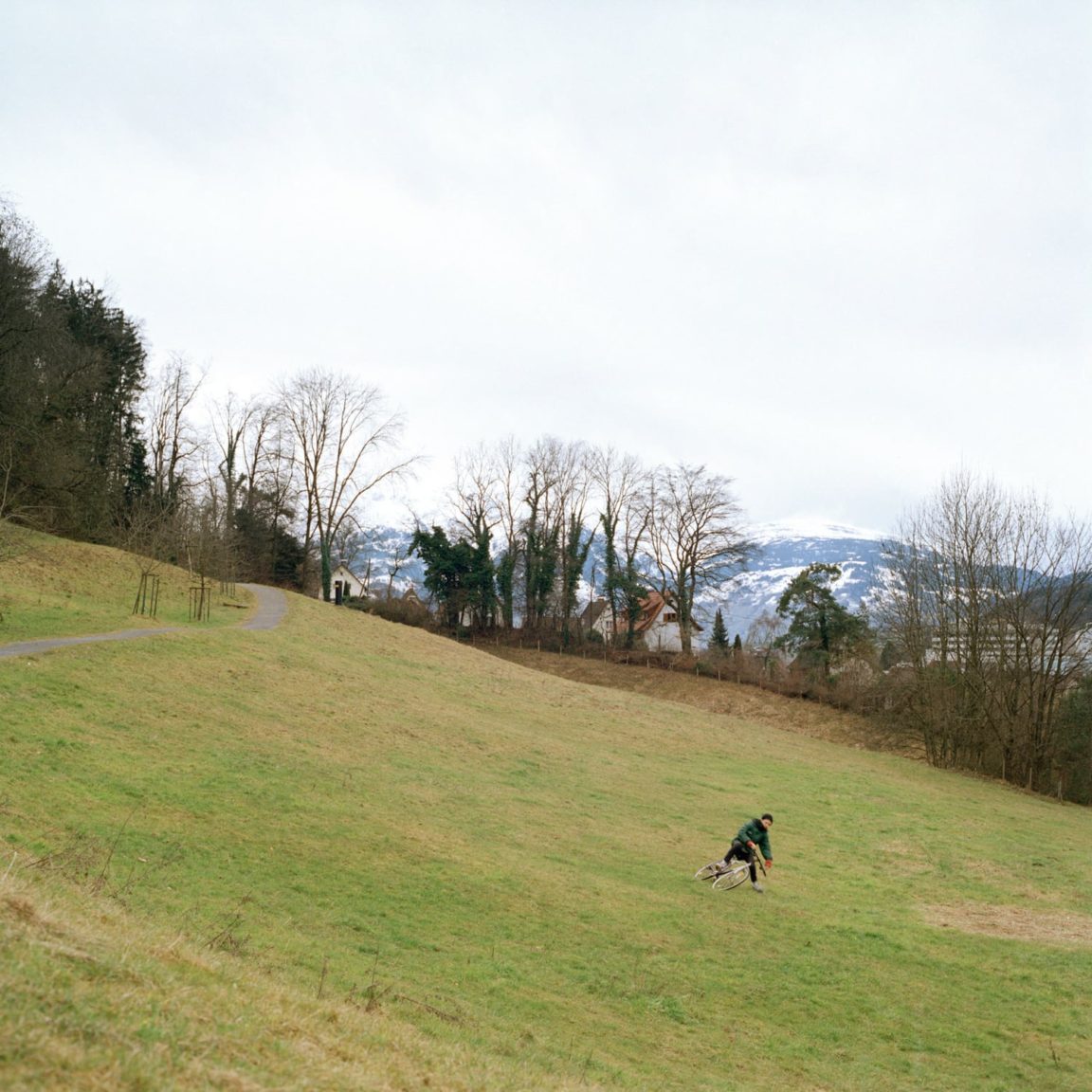 Posted to Photography
by Jon McCall