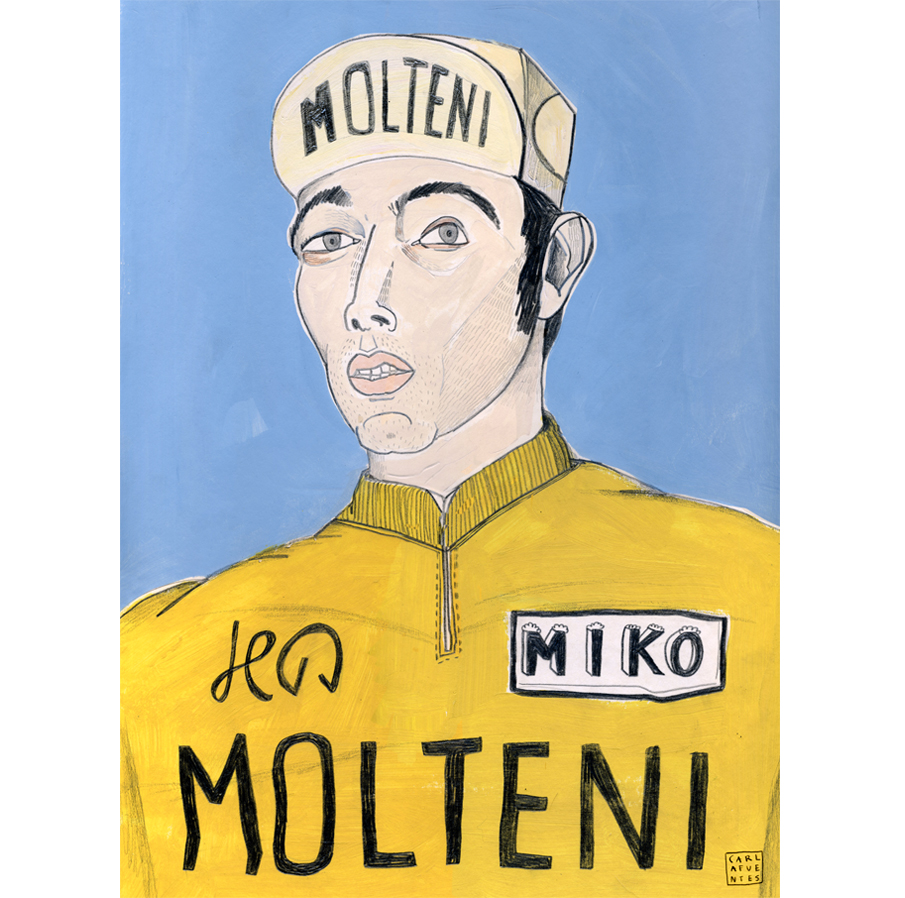 There was a time when cycling jerseys had front pockets, water bottles gleamed under handlebars, and winning the Tour de France was as much about style as it was speed.

Hailing from Valencia and working under the pseudonym Littleisdrawing, illustrator Carla Fuentes has an eye for the details and textures at the heart of her subject matter.

So whilst her ‘Le Tour’ series captures the panache of the riders like Eddy Mercx, Charly Gaul and Jacues Antqueti, it also details the water bottles, gloves, caps and jerseys which helped shape their style.

Elsewhere, you might have seen her work for Ariel Pink’s Haunted Graffiti or in publications like Vogue and Esquire… Fuentes’ deft turn of hand helped make her one of the youngest illustrators to appear in Taschen’s Illustration Now series. 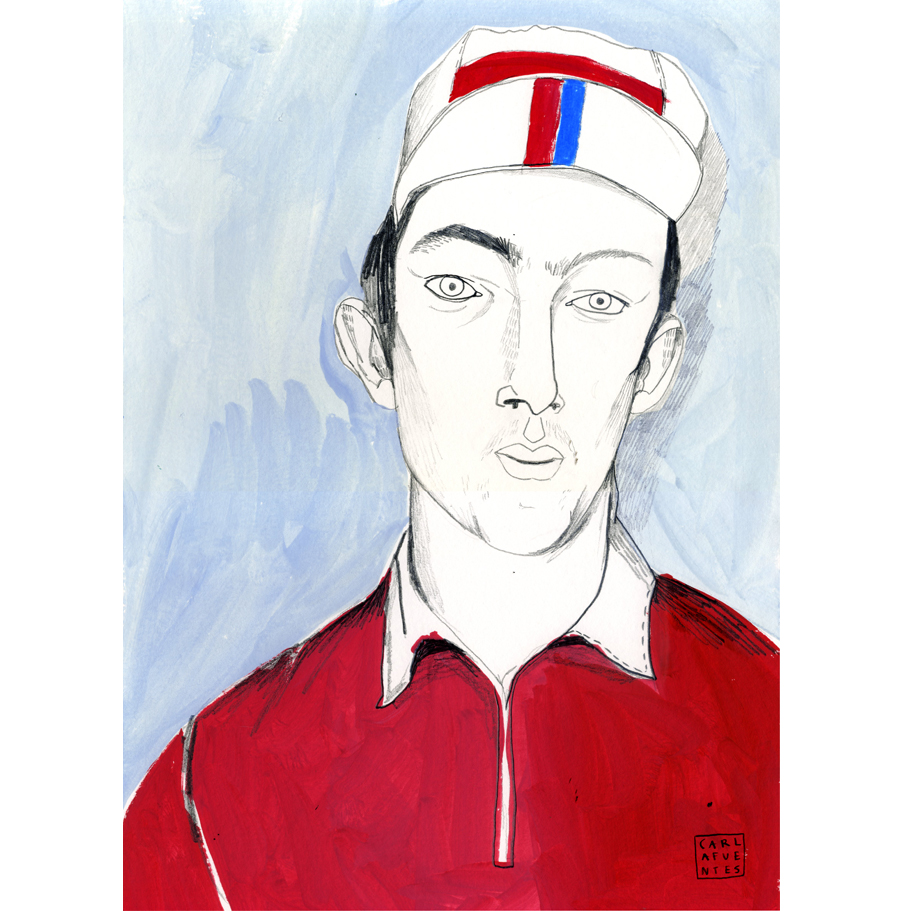 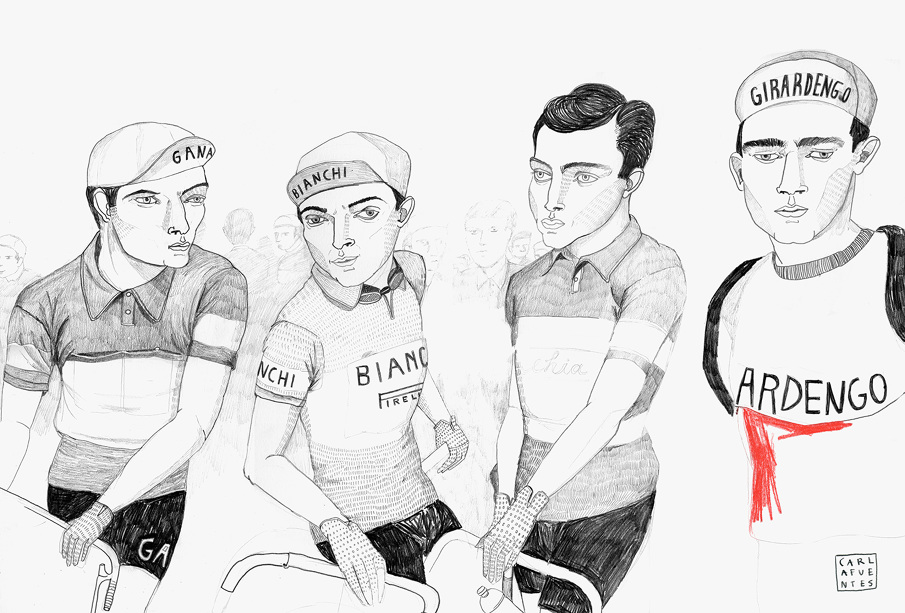 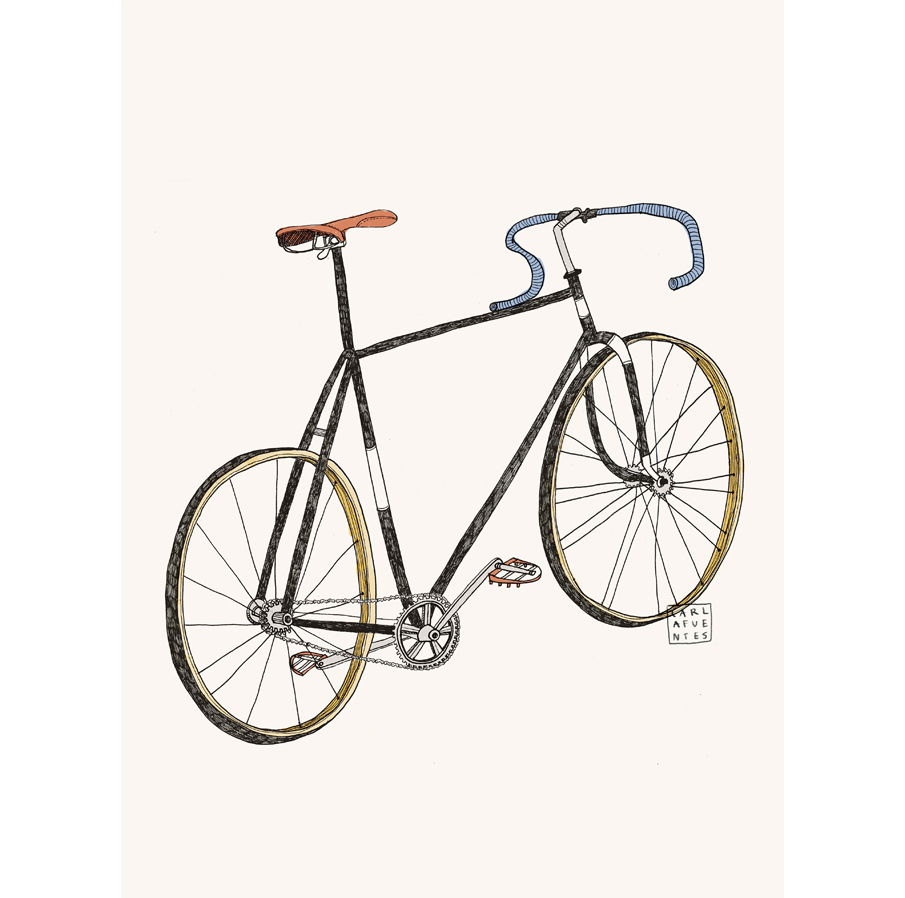 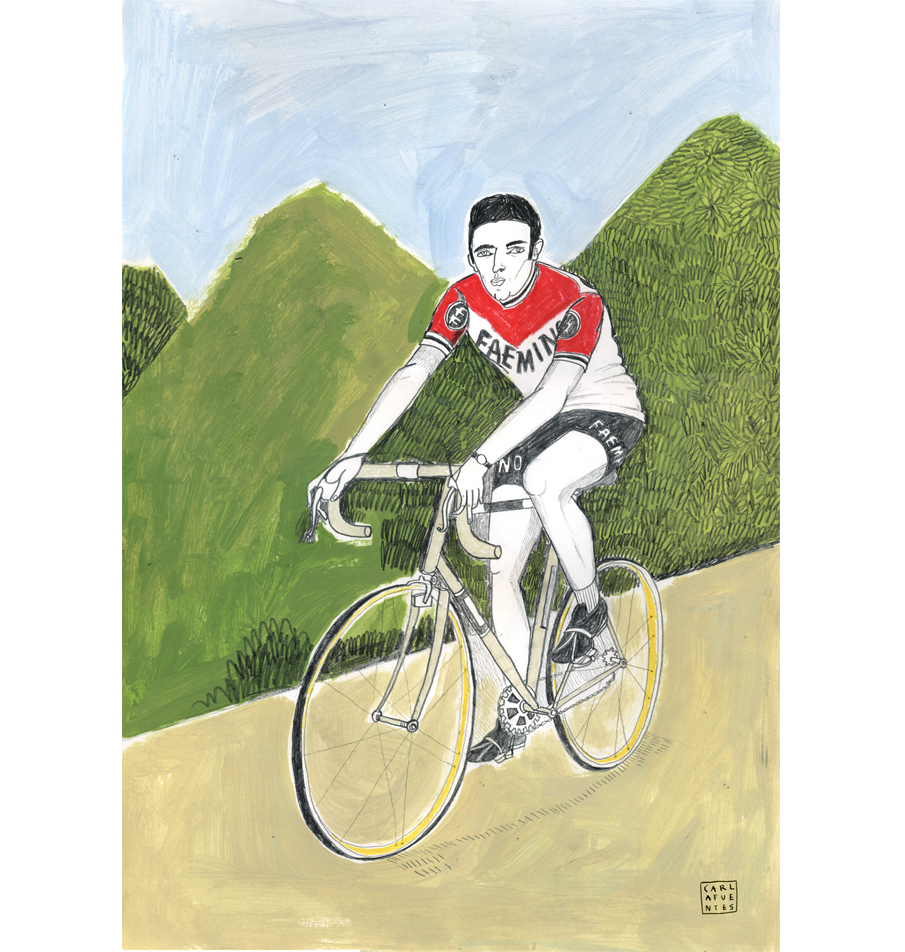 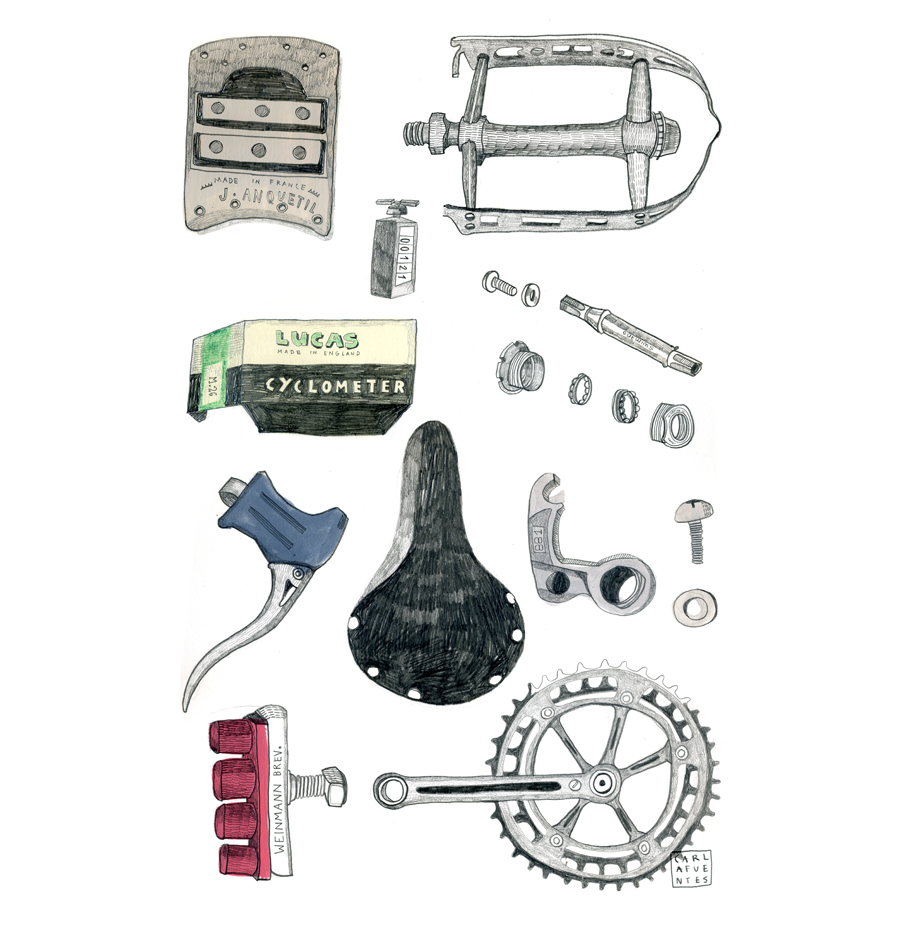 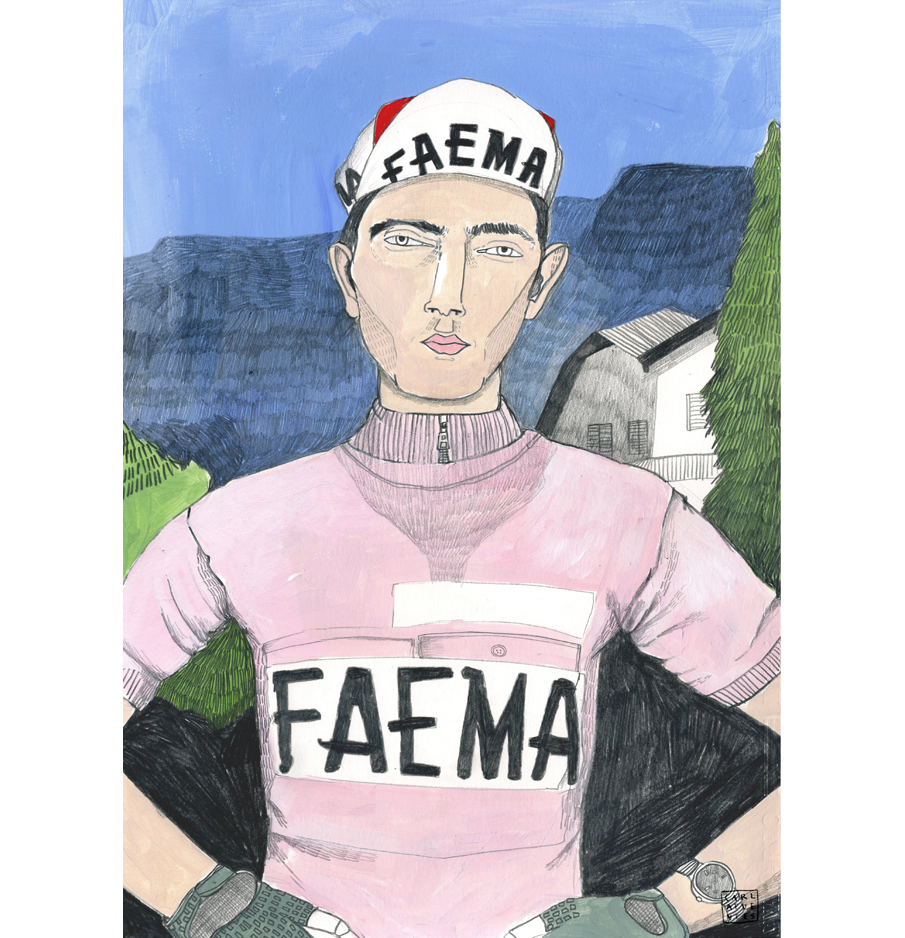 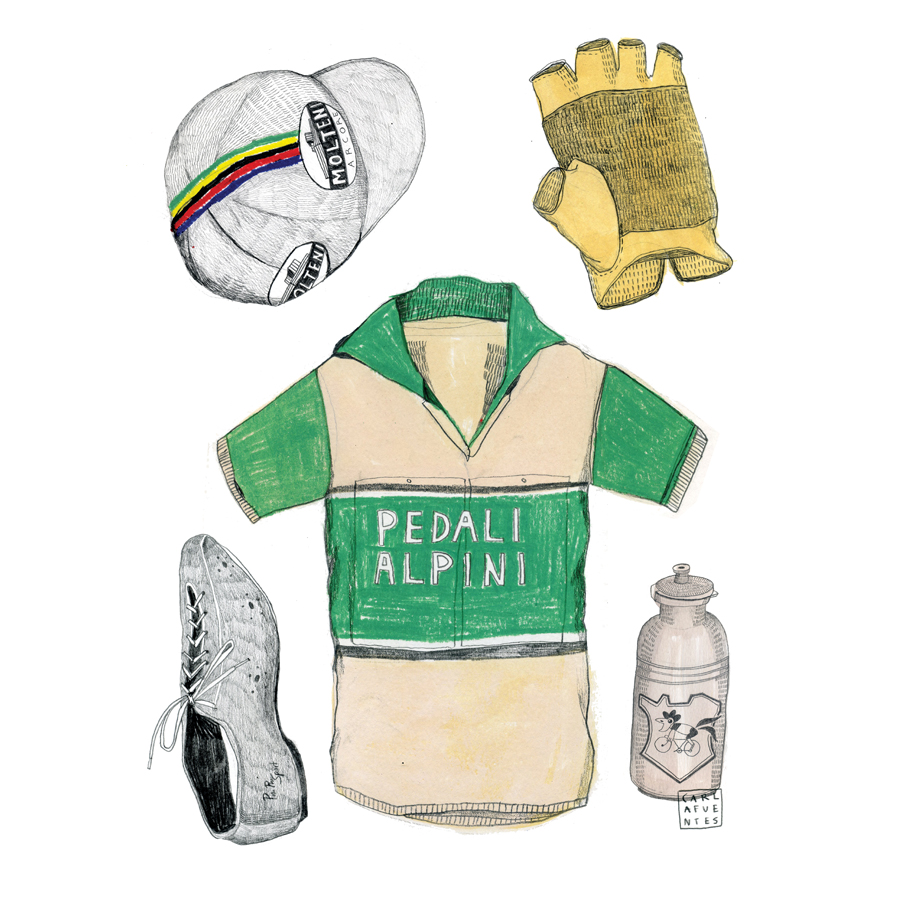 Posted to Heritage
by James Greig